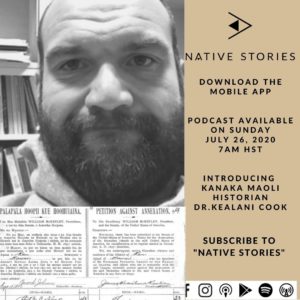 Hawaiʻi is in many ways not just the start of US overseas empire, but also the last time the US seemed to actually pay any real regard to the will of native peoples when looking at expansion.  Essentially the withdrawal of the first treaty of annexation by Cleveland and the defeat of the second one in the Senate signaled a basic failure of the imperialists to push through the isolationist and at least nominally pro-democracy sentiments of 19th century US foreign policy.

The Spanish American war, however, opens up the floodgates.  Though reluctant to get into the war, it getʻs McKinley the chance to grab Hawaiʻi, which he had wanted when he signed the second treaty, and then the massive popularity combined with the expansionist group within his own admin leads him to embrace empire, both in the war itself (Seizing the Philippines, Guam, and PR in the Treaty of Paris and also completing the long stalled negotiations with Germany and the UK over Sāmoa) and in his reelection campaign in 1900.

The Philippine American war is really the conclusion of all this and sets the tone for the US’s foreign wars of occupation up through the present day.  Getting into the war we actually supported Filipino Nationalist like Aguinaldo, we saw them as the same as the Cuban independence fighters we were supposedly helping when we attacked Spain.  But really Quickly it turns, and McKinley grabs it in treaty negotiations and sends out guys like Otis with the express purpose of putting down any nationalist forces and creating a colony.  The atrocities that followed are typical of wars of occupation, which we see in the US plains before that, but also in Vietnam, Afghanistan, Iraq, etc.