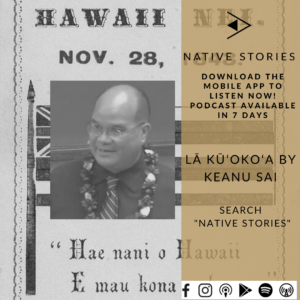 In the summer of 1842, Kamehameha III moved forward to secure the position of the Hawaiian Kingdom as a recognized independent state under international law. He sought the formal recognition of Hawaiian independence from the three naval powers of the world at the time—Great Britain, France, and the United States. To accomplish this, Kamehameha III commissioned three envoys, Timoteo Ha‘alilio, William Richards, who at the time was still an American Citizen, and Sir George Simpson, a British subject. Of all three powers, it was the British that had a legal claim over the Hawaiian Islands through cession by Kamehameha I, but for political reasons the British could not openly exert its claim over the other two naval powers. Due to the islands prime economic and strategic location in the middle of the north Pacific, the political interest of all three powers was to ensure that none would have a greater interest than the other. This caused Kamehameha III “considerable embarrassment in managing his foreign relations, and…awakened the very strong desire that his Kingdom shall be formally acknowledged by the civilized nations of the world as a sovereign and independent State.”

While the envoys were on their diplomatic mission, a British Naval ship, HBMS Carysfort, under the command of Lord Paulet, entered Honolulu harbor on February 10, 1843, making outrageous demands on the Hawaiian government. Basing his actions on complaints made to him in letters from the British Consul, Richard Charlton, who was absent from the kingdom at the time, Paulet eventually seized control of the Hawaiian government on February 25, 1843, after threatening to level Honolulu with cannon fire. Kamehameha III was forced to surrender the kingdom, but did so under written protest and pending the outcome of the mission of his diplomats in Europe. News of Paulet’s action reached Admiral Richard Thomas of the British Admiralty, and he sailed from the Chilean port of Valparaiso and arrived in the islands on July 25, 1843. After a meeting with Kamehameha III, Admiral Thomas determined that Charlton’s complaints did not warrant a British takeover and ordered the restoration of the Hawaiian government, which took place in a grand ceremony on July 31, 1843. At a thanksgiving service after the ceremony, Kamehameha III proclaimed before a large crowd, ua mau ke ea o ka ‘aina i ka pono (the life of the land is perpetuated in righteousness). The King’s statement became the national motto.

The envoys eventually succeeded in getting formal international recognition of the Hawaiian Islands “as a sovereign and independent State.” Great Britain and France formally recognized Hawaiian sovereignty on November 28, 1843 by joint proclamation at the Court of London, and the United States followed on July 6, 1844 by a letter of Secretary of State John C. Calhoun. The Hawaiian Islands became the first Polynesian nation to be recognized as an independent and sovereign State.

The ceremony that took place on July 31 occurred at a place we know today as “Thomas Square” park, which honors Admiral Thomas, and the roads that run along Thomas Square today are “Beretania,” which is Hawaiian for “Britain,” and “Victoria,” in honor of Queen Victoria who was the reigning British Monarch at the time the restoration of the government and recognition of Hawaiian independence took place.