Unratified California Treaty K of 1852 is one of the treaties Native Californians signed in 1851−52 provided eighteen reservations (about 11,700 square miles, one-seventh of California) as homelands for indigenous people. U.S. commissioner O.M. Wozencraft and people associated with the San Luis Rey (Luiseño), Cahuilla, and Serrano Indians signed this treaty. Article 3, “To promote the settlement and improvement of said Nations,” gives the United States all their land but a reservation. 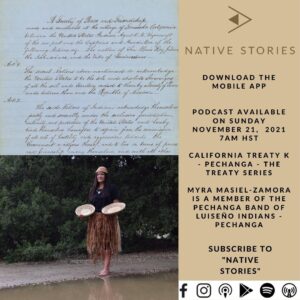