A special thanks goes to our sponsors:

Kamehameha Schools is a private charitable educational trust endowed by the will of Hawaiian princess Bernice Pauahi Bishop (1831-1884), the great-granddaughter and last direct descendant of King Kamehameha I.
https://www.ksbe.edu/

Hawaii Council for the Humanities

The Hawai‘i Council for the Humanities Grants Program provides funding for public programs that promote a better understanding and appreciation of the humanities among the general public in Hawai‘i.
https://hihumanities.org/

Purple Maiʻa Foundation is a technology education nonprofit whose mission is to inspire and educate the next generation of culturally grounded, community-serving, technology makers and problem solvers.
http://www.purplemaia.org/ 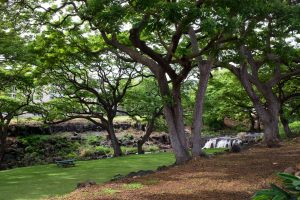 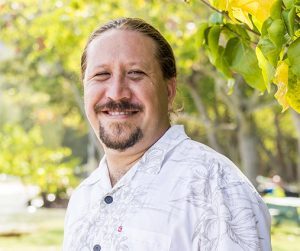 Ikaika Bishop is passionate about cultivating the land, the ocean, and technologies that advance our use and understanding of cultural practices. As an entrepreneur, he has worked with many organizations including the DOE, KSBE, PAF, and Key Project, developing capacity in technology and agriculture. His recent work includes co-publishing a Hawaiian video game “Wao Kanaka” where students can learn about conserving our precious resources in either English or Olelo Hawaii. As a farmer he grows tropical flowers and bananas organically on his 5 acre farm in Punalu`u since 2013. 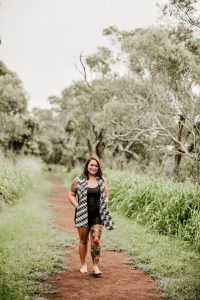 Nanea Lo is a Masters Student at UH Mānoa in the Department of Urban and Regional Planning. She is an advocate for Hawaiian Kingdom sovereignty, aloha ʻāina, feminism, climate change, civic engagement, and community organizing and planning in Hawaiʻi and the Pacific.

Kamaka Pili is a native of Kailua, O’ahu, a once quiet town that is now a daytime tourist destination. This was a big driver for Kamaka to learn the stories of his home that aren’t shared a lot today. Through this process, it has inspired him to continue to learn stories, history and culture of old Hawai’i so that he can share and perpetuate those into the future for our native Hawaiian communities, locals, island residents and even tourists. “Aloha Authentic” became the platform in which he utilizes to be a Native Hawaiian storyteller and inspire others to learn about their own history and culture. 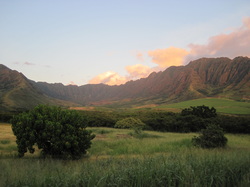 My name is David Tupper and I am currently a sophomore at the University of Southern California (USC) studying Computer Science / Business Administration (CSBA) with a specialty in computer & digital forensics. Before USC, I was a student at James Campbell High School (Ewa Beach, HI). I interned with Native Stories during the summer of 2018. I was introduced to the project through Aaron Kagawa, the head software developer. Just having finished my first year at USC, I was eager to get hands on experience working as a software developer, which is how I found Native Stories. This is my story.

During my time, I programmed part of the back-end interface in Go (aka Golang). More specifically, I wrote snippets of to test the functionality of code that was already written. These were eventually integrated into the production code (the master branch) which was a really cool moment for me. With regards to Go, I appreciated the opportunity to work on a programming language I was unfamiliar with. Go is not commonly taught in college, but it is incredibly powerful, especially for running large scale applications in the industry. Being able to add the language to my repertoire was awesome.

Previously, my only experience was working on small programming assignments, but working with Native Stories allowed me to learn more about software engineering. Initially, just trying to understand how the different aspects of the app worked in tandem was difficult. As I struggled, Aaron reminded me of a ‘Ōlelo No‘eau (a Hawaiian proverb) MA KA HANA KA ʻIKE, the learning is in the doing. I had heard words like “front-end” and “back-end” but didn’t really know what they meant. However, over the course of the summer, meeting with Aaron and my fellow intern Taryn, it became easier for me to understand how the application came together. Aaron has a masters degree in Computer Science, and he was able to impart some of his knowledge on me.

An aspect of software development that I hadn’t considered as much previously before my internship with Native Stories is the value of the relationship between technical and non-technical employees. This was especially applicable for me, being both a computer science and business major. From the technical perspective, it is imperative to have the interpersonal skills to communicate with non-technical individuals. This allows you to secure funding, show project progression, or explain difficulties you’ve encountered. I watched firsthand as Aaron discuss with Nohealani (the project’s founder) the features she wanted to include with the first release of the app. Towards the end of my time, I was given a chance to use my newly acquired knowledge to explain at a high level how the application works from a technical perspective.

The impact the project had on me was recognizable immediately. Some of the concepts I was exposed to during my time with NS (JSON, agile methodologies, documentation) were integral parts of my principles of software development course I took in the fall of 2018. Beyond the scope of the immediate positive impacts working on this project had for me, I developed professionally. Experiences like being exposed to the line of communication between technical and non-technical individuals and working on larger scale project with other developers will be invaluable for me as I move forward in my career.

However, what resonated most with me was how the project related software engineering with the Hawaiian culture. Instead of working at a large corporate firm like many of my peers did, I worked for a non-profit, which opened my eyes to the potential my skill set as a computer scientist has to positively affect the community. I was given the opportunity to learn more about the culture that helped raise me into the individual I am now. It was a unique experience, one I am grateful for. My hope is that the app we are developing will help others learn more about the Hawaiian culture as well.